Top Posts
5 Important Things Beginners Should Know About Online...
Record Loses in History of Gambling
Michael Mizrachi won the PPC for the Third...
How to Get Started Out Playing Poker
Getting Started in Canadian Online Casinos
What Type Of Poker Player Are You?
How to Play Pai Gow Poker
Everything you need to know about Free Spins
Become A Pro At Live Casino Games
Prop Bets – Guess The Odds
Home Articles 10 Interesting Facts You Didn’t Know About Poker
Articles

Anyone who’s ever taken a trip to their local casino or turned their TV’s on after midnight will have encountered people playing poker at one time or another. This game is slightly unique for casinos because your chances of winning rely heavily on your level of skill for the game. Though most like to pretend it isn’t the case, when you’re pouring coins into a slot machine or spending money at the roulette table, the odds are stacked against you winning, meaning if you play for long enough the casino will take all your money – this is not the case with poker. 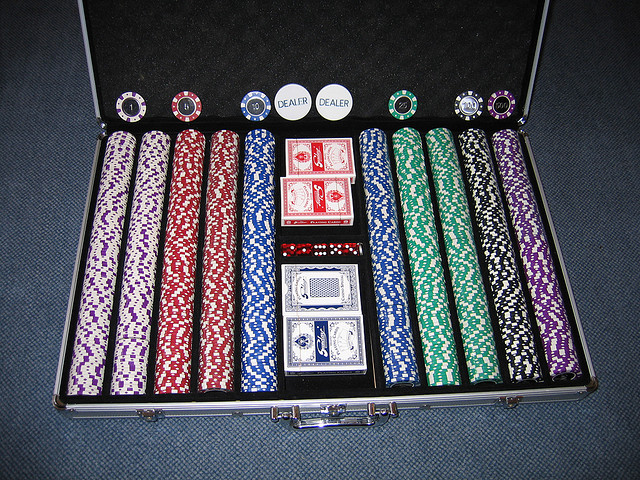 I personally know a couple of professional poker players, and though they probably do have the same mindset as less talented gamblers, I have to admit they tend to win quite a lot of money when they join tournaments. Perhaps this is a game you should learn how to play, but before you do, here are 7 interesting facts about poker you probably didn’t know…

So there you have it my risk-taking friends, you should have just learnt a few new facts about one of the most popular games in the world. Incidentally, if you want to learn how to play poker like a pro, there’s usually a free-play option on most casino websites, so you can do this without spending a penny.

The Age Old Myths About Blackjack

Popular Ways to Bankroll Your Casino Trip to La

Top Places To Visit If You Love Gambling

How to Get Started Out Playing Poker

What You Need To Know About Gambling Safely

Why Slots Are Fun To Play

Personality Traits That Give Poker Players An Advantage

Getting Started in Canadian Online Casinos